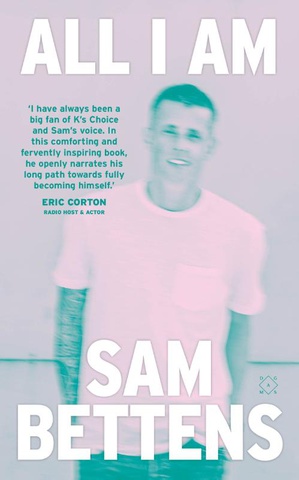 After the release of their hit song 'Not an addict' in 1996, the Belgian band K' Choice started a wild ride along some of the world’s biggest festivals. Being an unconventional band right from the start, they forged their own path in the music industry with Sam Bettens as their rebellious leader.

But how much space for your true identity is there when you’re standing in front of thousands of people? Sam Bettens has spent his entire life searching for who he is and how he was shaped that way. Is he a rock star? Yes. But also: a trans man, a father, a stepfather, a (by now) American and – oh yes – a firefighter. Nowadays Sam performs with the bands Rex Rebel and K's Choice and lives in California with his wife and children.

Sam Bettens invites the reader into his life of many guises, of continuous shapeshifting and reinvention.